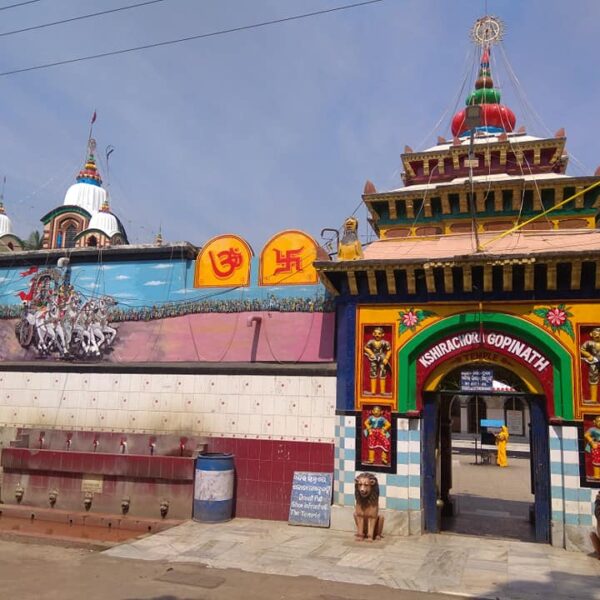 Khirachora Gopinatha Temple is famous as Vaishnab shirine & Also know as Remuna Gupta Vrindaban.
Khirachora Gopinatha Temple is situated in Remuna, Balasore. It is a little town located 9 km east of Balasore dist, about halfway between Howrah and Bhubaneswar in Orissa .
The nearest train junction to Remuna is at Balasore Station, which is the first major town in Odisha coming from Calcutta . You can get a night train from Calcutta that stops in Balasore in the early morning hours. From there one can get a taxi or bus to Remuna Market. If one has arrived Remuna in the morning, one can see the Deities and then catch a night train to jagannath temple, Puri .

The Nearest Air Port is Bhubaneswar which is 220 km

Remuna is well connected by road. A number of Public Transport,